Its Time We Recognize the Dishwasher
Tony Arnedo 2 agosto, 2018

Why can’t kitchen designers, sink manufacturers and the general public recognize the dishwasher? I must say, I have no clue. The modern dishwasher cleans all dishes, glasses, silverware and most pots and pans, does it not? About the only items a dishwasher will not handle are large cookie sheets, oversized pots and pans, and other large items. If this is true, why are sink manufacturers still designing old fashioned, double bowl sinks? Why are designers specifying them for today’s kitchens? Why does the public accept this? Again, I have no idea… well I might have an idea as to why.

Humans are notorious inventors. We have invented all kinds of things over the past 100 years. Humans are also very single minded most of the time. It is only a noted few who think outside the box. Those humans are called eccentric; sometimes they are kindly called visionaries. In any event, the vast population of humans is incredibly talented at refining inventions; few are talented or successful at changing paradigms. Allow me to illustrate.

Let’s take the automobile for example. I believe Mercedes Benz was the very first automobile invented, well over 100 years ago. It not only amazes me, but it frustrates me to realize that we are still driving that same invention – merely refined, not re-invented. We are still using a piston engine, gasoline sucking vehicle. Is there no one who can realize that this is 100 year old technology, and the time has come to make a radical change?

Some fringe visionaries have come up with radically new technology, but nothing has hit the mainstream yet. Sad, but true. Thank heavens we are not still clicking rocks together to make a fire… oops, matches – the refinement of a million year old invention.

Now, let me show you what has happened with kitchen sinks over the years. The original sink was a wall mounted “farm sink“. It was a single bowl sink. It was not very good at providing a washing and rinsing area. Thus, the double bowl sink was invented. This was a logical move. Now there would be a place to wash and a place to rinse. This invention came at the time of the industrial revolution in this country. At that time, mass production was the way of the future. In order to produce in mass, generalizations had to be made. Some braniac decided to make the standard kitchen cabinet height (with counter-tops) 36” tall. Sadly, he (and I would bet it was a “he”) was a generation or so ahead of his time. It has taken at least a generation for the average American to be tall enough to comfortably use a 36″ kitchen height. The ultimate kitchen at that time included a double bowl sink.

Soon after the standardized kitchen came into being, the dishwasher entered the kitchen. This was a big plus. Now, we could put dishes, etc. in a machine and have them cleaned. It truly did take some time for us to refine the dishwasher to the point that it really did clean everything that fit inside it. Apparently, this happened so quietly, no one noticed! If someone had noticed, they would have eliminated the obsolete double bowl sink. The double bowl sink has no value at all, coupled with a dishwasher. A single bowl sink is now required – a large single bowl sink! This sink must be large enough to fit the items which will not fit in the modern dishwasher. There is not one double bowl sink on the market which will accomplish this goal. How funny is that? In fact, there are hardly any manufacturers offering a nice selection of large single bowl sinks. Only one company offers single bowl sinks with rear corner drains. Folks, we need to open our eyes to the new invention – the dishwasher. It is here to stay, let’s make some real progress with sink designs a good company that works with residential and commercial is Commercial Remodeling. 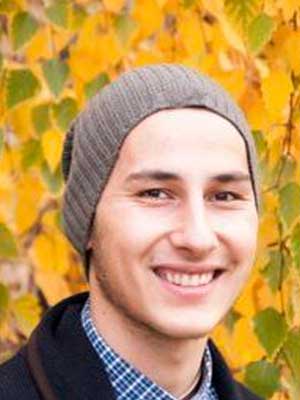